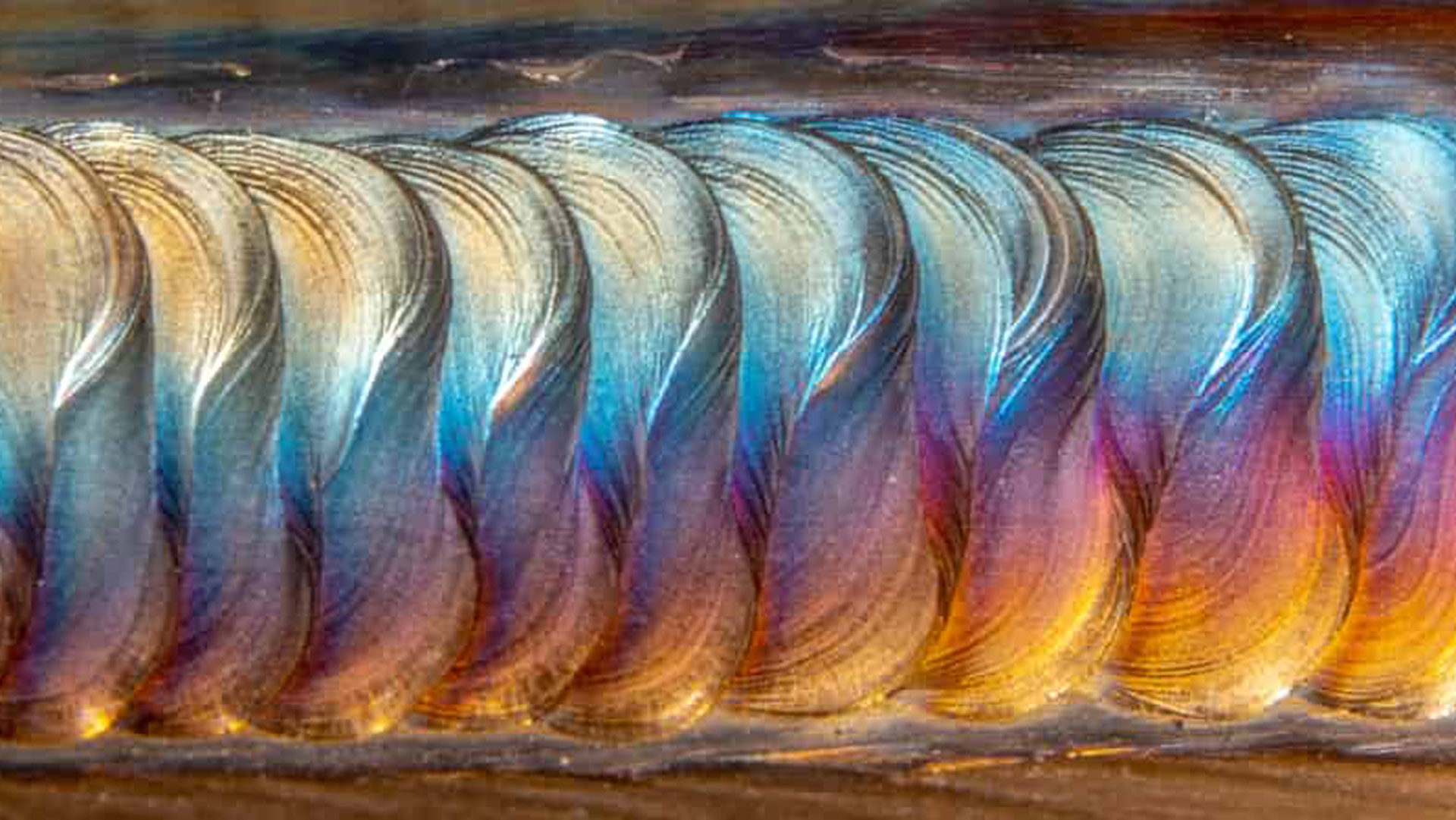 Sometime during the Middle Ages forging became a common process used for all types of metal. During this time, the Iron Pillar of Delhi was constructed which is most likely the largest weldment made in that time.

In the 1860s a torch was developed that used gasoline and oxygen. It was thought to be much safer and less expensive than acetylene. But, temperature variations caused liquid to sometimes be dispersed from the torch, which started fires near the operation.

World War I brought an increasing need for welding. The cost and efficiency far outweighed those of the riveting process which required removing material and two people to complete.

In 1919 the American Welding Society was formed by the Wartime Welding Committee, led by a man named Comfort Avery Adams.

In the 1920s and 1930s, developments in electrode technology occurred. By the late 1920’s the coated electrode shielded metal arc welding (SMAW) process was used heavily.

In the 1950s, before plasma cutting became the best way to sever nonferrous materials, Linde Air Products marketed the “constricted arc cutting” process. This process used a gas tungsten arc torch with a valve similar to the cutting valve on an oxyacetylene torch and a high-pressure regulator placed on an argon cylinder separate from the argon shielding gas cylinder. It caused no weld contamination but included a lot of grinding and argon was expensive.

In the late 1950s and early 1960s, the gas metal arc welding (GMAW) process was developed at Battelle and funded by the Air Reduction Company (Airco). This process used CO2 gas, which produced a suitable shield and superior penetration into the base material.

CO2 gas does not create spatter-free welds on carbon/manganese material, but a mixture of CO2 and argon virtually eliminates the spatter. However, the detriment to using Ar and CO2 is that it allows the manganese to build too high in multipass welds which can cause embrittlement on the surface area. Most fabrication shops today use CO2 gas for the flux-cored arc welding process.

Looking at the present, fully automatic processes are now being used for the welding process.

Into the future, welding will continue to change, as innovation and development of new equipment and procedures move forward within the welding industry.